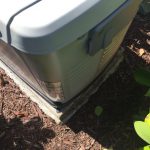 From time to time we get calls from customers that are unsatisfied with other Southwest Florida generator dealers.  But why are they unsatisfied?  Every company is going to run into difficulties occasionally.  Customers don’t typically mind when something goes wrong. They DO mind when problems are not promptly and professionally solved.  They DO mind when the business doesn’t seem to care.  Moreover, there is never an excuse for shoddy installation practices and poor quality.  That’s not a “difficulty”.  It’s unprofessional.  Here’s an example from a recent job.  Tropical Generator was called in to repair an installation done by another contractor. 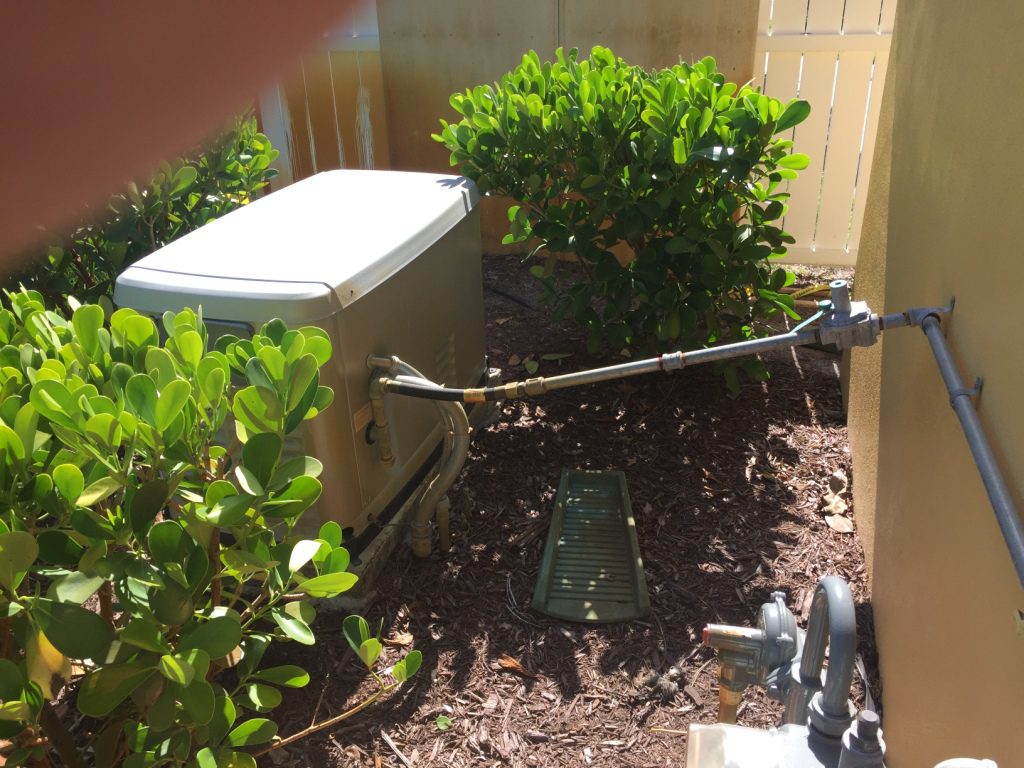 The generator above was installed around 2014 by one of our competitors.  It’s one of the biggest generator dealers in Southwest Florida.  Can you spot the problems right away?

First, it’s poor workmanship to allow a gas line to cross in mid-air from the wall.  Proper technique is to run the line underground, or along the ground where it can’t be so easily damaged or tripped over.  Next, there’s a gas regulator on the mid-air pipe.  That regulator is the wrong type.  It is not designed for generators and will result in uneven gas flow into the unit, possibly causing failure to start.  Next, see that black flex hose on the left?  Generac installation guidelines are quite clear. NEVER allow the flex hose to carry weight and ALWAYS install it 100% straight.  The flex hose is for vibration dampening, NOT for making bends.  As installed, this flex hose will fail, causing a leak.

Next, take a look at the fasteners which hold the pipe to the wall.  Those aren’t made for pipe.  They are electrical conduit hangers.  And they are two different sizes, neither of which matches the pipe size.  This results in a loose pipe that isn’t even anchored to the wall.

Beyond that, there is a sprinkler head pointed at the generator (see the brown discoloration).  Let’s continue. 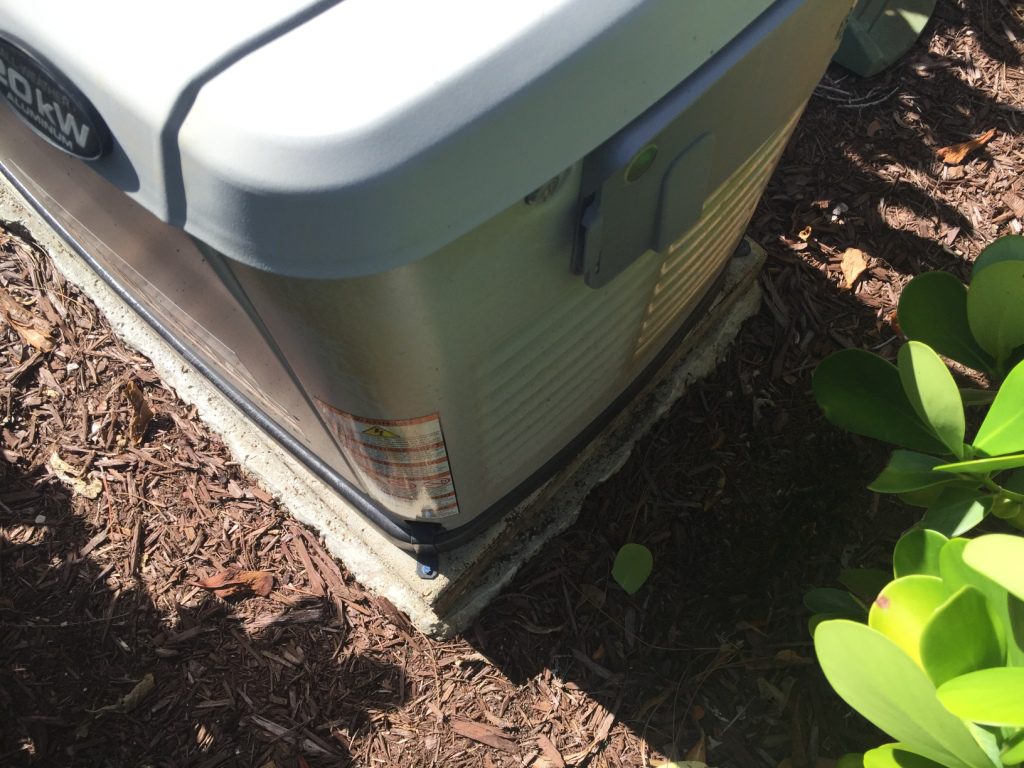 What else do you notice? The concrete pad is too small.  There’s a plastic shroud that is supposed to go around the bottom of the generator (pic below).  Because the pad is too small, they couldn’t install the plastic shroud.  So they just left it off.  The problem with that is more than cosmetic.  It exposes the plain steel fasteners to the weather.  This creates a rust and corrosion problem, the #1 enemy of Generac generators like this one.  And it allows mice and small rodents to enter the generator, where they will chew the wires and ruin the generator. 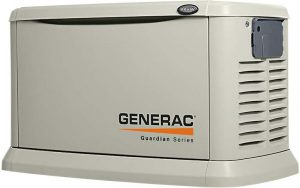 See that plastic shroud at the bottom? That’s missing from the above photos.

Beyond these major problems, there was also a fundamental flaw in the design.  The generator is a 20kW, but the installer didn’t connect the entire home to the generator – only certain circuits.  This left an under-loaded generator and a house where most of the circuits weren’t even backed up by the generator.  A simple load calculation showed there was more than enough power for the entire home.

The cost to fix all these problems was almost $4,000 including a new, 200A transfer switch to carry the whole house, electrical re-installation, a permit, and reworking the gas lines.  The customer elected not to enlarge the pad, but we did rustproof the fasteners and that part of the generator will get extra attention during future maintenance visits.

Finished result after gas lines are reworked by Tropical Generator.  Much cleaner, tight against the unit to prevent storm and accidental damage.  Underground line.  Correct regulator for natural gas.

The team at Tropical Generator has been installing generators for almost 15 years, and is factory certified to install your system correctly, the first time.  Our price may not always be lowest, but that’s because we do it right and don’t cut corners. Call us today at 239-206-4509 or email us at sales@TropicalGenerator.com.