This one is hard to believe.  In a previous blog posting we talked about a local surgery center in Cape Coral and how their previous generator company performed inadequate maintenance.  As it turns out, it’s worse than we thought. In addition to the previous company, there was in fact a third generator company involved.  This company is a huge, regional distributor for a major generator manufacturer.  It appears from their own documentation that they faked a load bank test on a medical facility.

When Tropical Generator took over this account a few months ago, we were shocked at how poorly the last company(ies) looked after the generator.  We recommended a full load bank test on the generator to verify everything was ok.  During our test, the 60kW generator refused to put out more than 45kW.  Any further load caused the engine to bog down.  We traced the problem to an inadequate fuel line size.  Not enough propane gas was making it to the generator under higher loads.  We noted all of this in our report, and provided a thorough explanation to the customer. When they got our report, the customer dug out another load bank test from about 18 months earlier and sent it to us. Here is a redacted copy: 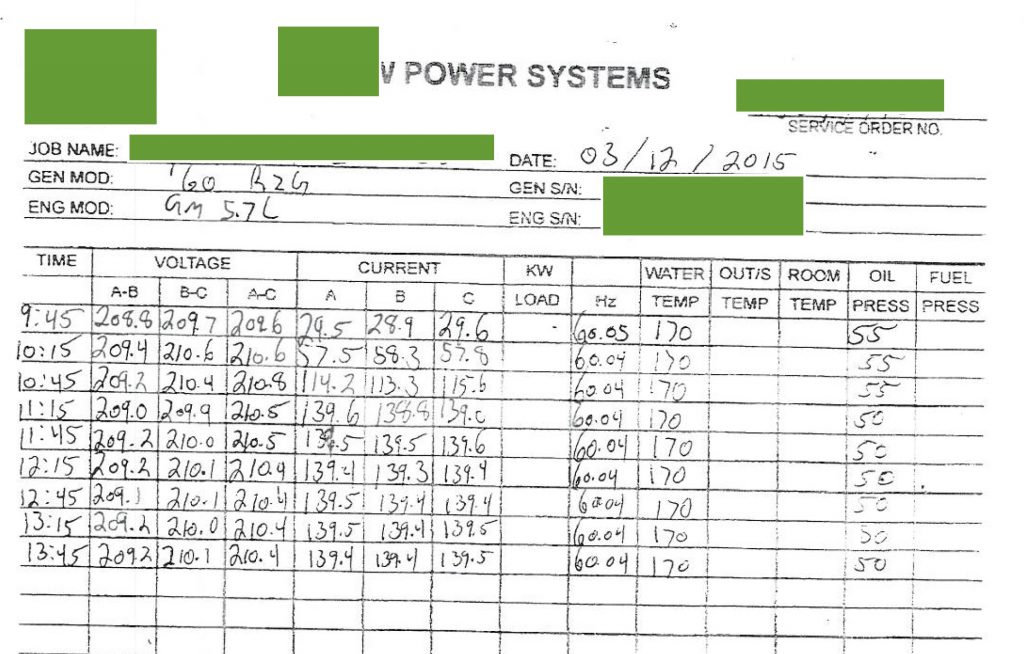 This test shows a 60kW generator that was tested only to 50kW, possibly to cover up the fact that it was improperly installed.

As you can see, this is a 60kW generator, shown by the “60 RZG” wording on the above report.  In fact, it’s rated at 215 amps output.  What you’ll notice is that the technician only tested the unit to 139.5 amps, and most importantly, they left the kW column blank. Why would they do this? The only logical explanation is that the technician knew it failed the test and chose to hide this fact. 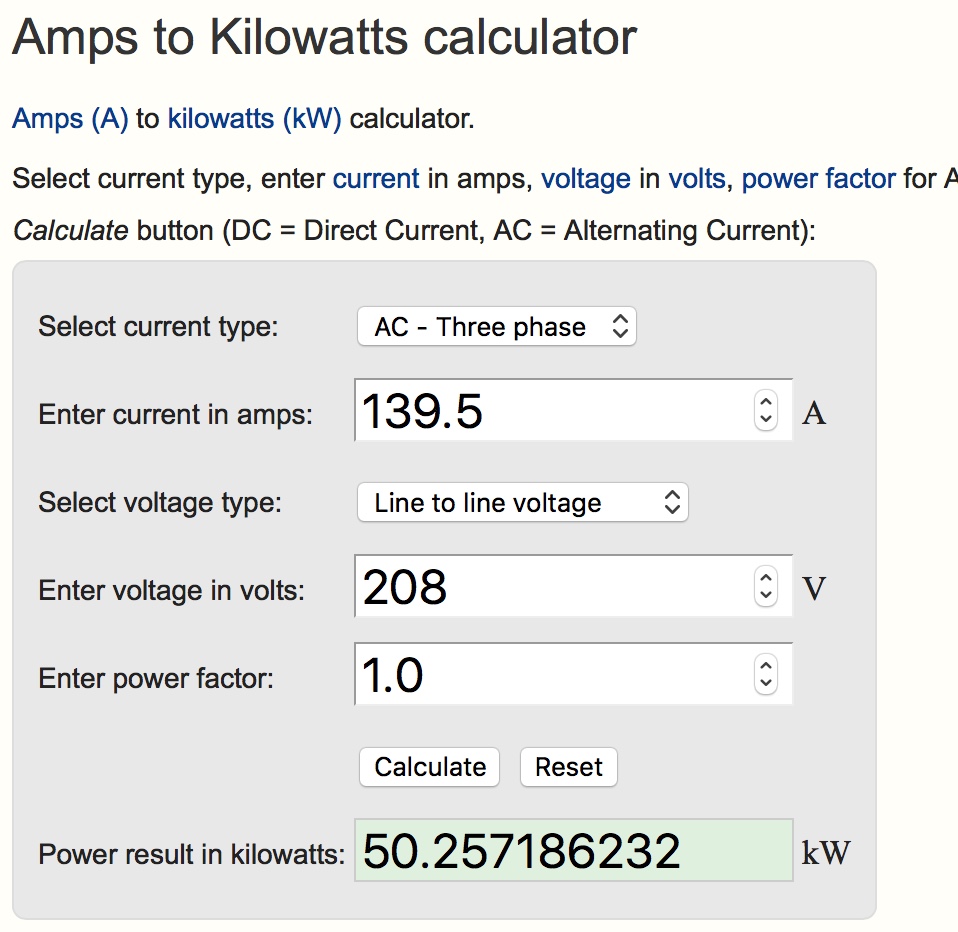 Special thanks to rapidtables.com for this screenshot. Link here.

If the technician had recorded the true kW, it would show 50.26kW max test.  This would raise suspicions because any reader of the report would ask why a 60kW genset is making only 50kW under test.  Now, it’s also possible that the test was only supposed to be an 80% load test (not an industry standard) or perhaps they only had a 50kW load bank to work with and that was the best they could do.  But for a surgery center, a 100% test is absolutely necessary.  It’s common procedure to load test the generator to 100% for a short period of time to make sure it’s capable of it.

In summary, trust but verify.  Even large, supposedly reputable companies can do things that would make their legal and ethics department nervous.